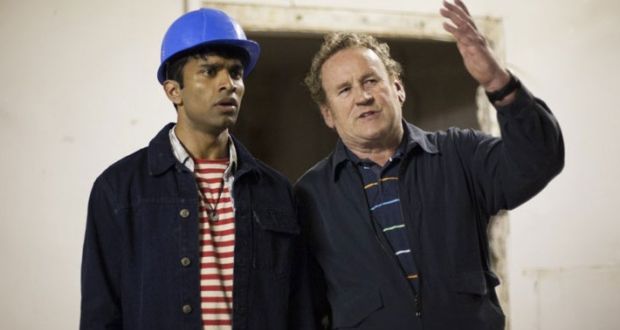 The rescue of a Sligo meat plant three decades ago by a Muslim businessman has been captured in a new film, Halal Daddy, directed by Conor McDermottroe and starring actor Colm Meaney.

He remembers walking into a pub in Sligo in the 1980s to find a celebration in full swing. The factory, bought by Pakistani businessman, Sher Mohammad Rafique, was re-opening as a halal plant, they told him: “They clearly didn’t have a clue what halal meant but they were delighted that their jobs were safe,” he said.

One former plant worker, Basil Harte from St Brigid’s Terrace recalled working there before and after it was bought by Rafique: “We got work there every Christmas for 12 weeks.

Initially known as Halal Meats, the Sligo plant was one of the company’s five plants in Ireland. Remembering the arrival of Muslim workers, Harte admits that little integration took place. “We weren’t used to it,” he said.

Described as a “cultural clash comedy”, the film stars Meaney, Malik, Deirdre O’Kane and Nikesh Patel as a young British-Indian Muslim who gets an abattoir in Sligo as a 21st birthday present from his father.