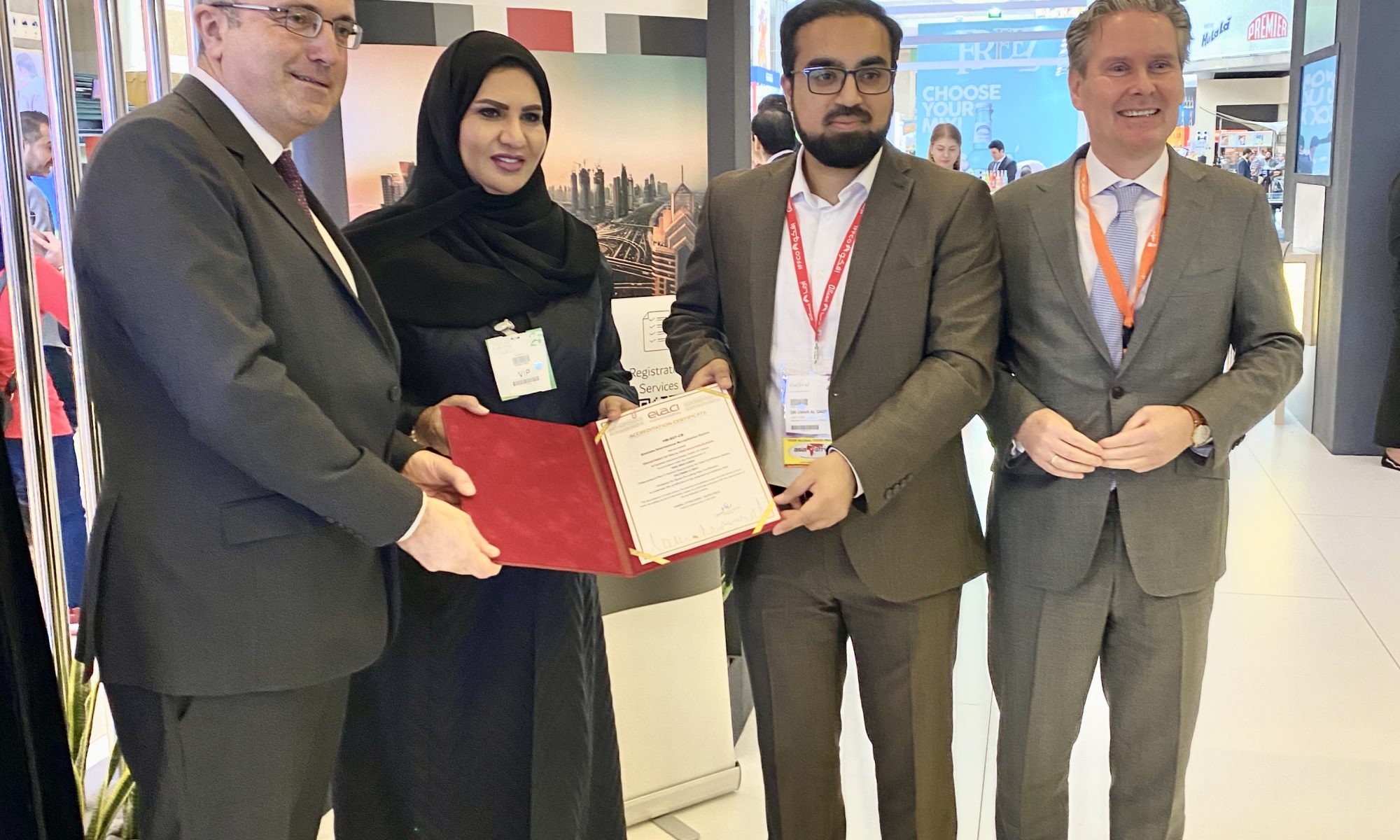 DHCE has received a new accreditation certificate by the Emirates International Accreditation Centre (EIAC) for three years with additional scopes for lamb, beef and poultry products. This accreditation will facilitate more trade between the two countries in Halal meat products.

On an industrial estate on the outskirts of Swansea, a small revolution is taking place. Lewis Pies, a family firm that has been making British staples such as beef and onion pies, traditional pasties and sausage rolls for more than 80 years, has turned over a third of its business to halal products over the past decade to meet burgeoning demand. According to the managing director Wilf Lewis, halal is the future. “As a business, you set greyhounds off, and this is the one that’s running fastest,” he says. “We could get to the point during the next decade where halal is the majority of what we produce.”

Lewis Pies is part of a rapidly expanding market that reflects the demands of the growing Muslim population. The spending power of Muslim millennials,and their mix of faith and consumerism, is driving the trend.

As the world’s 1.6 billion Muslims prepare to celebrate Eid al-Fitr, which starts on Sunday, the latest figures suggest the global halal food and drink market will be worth close to £1.5 trillion by 2030. Other sectors of the Islamic economy – pharmaceuticals, travel, finance, modest clothing, cosmetics – are also set to grow.

But halal food may be on the verge of moving beyond the Muslim consumer market, according to industry experts, driven in part by food provenance scandals, such as the use of horsemeat, in recent years. Abdalhamid Evans, a strategist at Imarat Consultants, which specialises in halal market intelligence, told a recent conference: “Halal products, if well designed and marketed, can appeal to the general population. Halal is moving from niche to mainstream.”

Why does the supply of halal meat outstrip demand?

Halal meat comes from animals slaughtered in accordance with Islamic law. They must be alive and healthy at the time of slaughter, killed by hand and have all blood drained from the carcass. More than 80% of animals killed for halal meat are stunned before slaughter, although it is not a legal requirement in the UK. The RSPCA, British Veterinary Association, the Farm Animal Welfare Council and animal rights groups say slaughter without pre-stunning can cause unnecessary suffering.Advertisement

Lewis Pies has worked hard to get accreditation from halal governing bodies, source halal ingredients and win the confidence of Muslim customers by inviting them to the factory to see the separate halal production lines.

Its halal journey began with an approach from prison service catering contractors asking if the company could create a halal product for Muslim inmates. At that stage halal accounted for less than 5% of the company’s business. Within a few years it had removed all pork products from its lines. “It was a tough decision. In one way you’re limiting your market – no more pork pies or pork sausage rolls,” says Lewis, 40. “We had suppliers asking for chicken, ham and leek pies, and we had to say no – but we can do a good chicken and leek pie.”

The firm also had to deal with a backlash from Islamophobes and animal rights activists. “I once spent two hours drafting a very careful reply to someone, explaining the issues and the background,” adds Lewis. “I sent it off and got a totally inappropriate response. So we don’t engage with people who don’t want a rational discussion.”

Sign up for Word of Mouth: the best of Guardian Food every week

Now halal is the company’s main growth area, accounting for more than 35% of the business, and selling to wholesalers, retailers and brands that market products under their own labels. The biggest demand is for traditional British staples. “There’s a preconception that with halal products you need to ‘currify’ everything, but what people really want is [beef] sausage rolls and meat pies,” says Lewis. The company has now been approached by two football clubs interested in halal pies to be eaten on the terraces.

This desire among Muslims for classic British food led 30-year-old entrepreneur Shazia Saleem to launch a range of halal ready meals under her ieat label. “I wanted shepherd’s pie from the age of seven, and no one was making a halal version, so I made it myself,” she said at a recent Muslim lifestyle conference.

“Since 2013, there’s been a sixfold increase in Muslims shopping in chilled meals aisles looking for something halal,” she said. Her products are stocked in several big supermarket chains.

The demand for halal food is also driving restaurant reviews and ventures such as the Halal Dining Club and the food blog Halal Girl About Town.

In Swansea, the factory’s adjustment to halal has led the family in unexpected directions. “If you had told me five years ago, when I was managing a software company, that I’d be selling halal pies, I wouldn’t have believed it,” says Lewis. “But we’ve overcome suspicions and made some good friends. We’ve had a fantastic reception.” 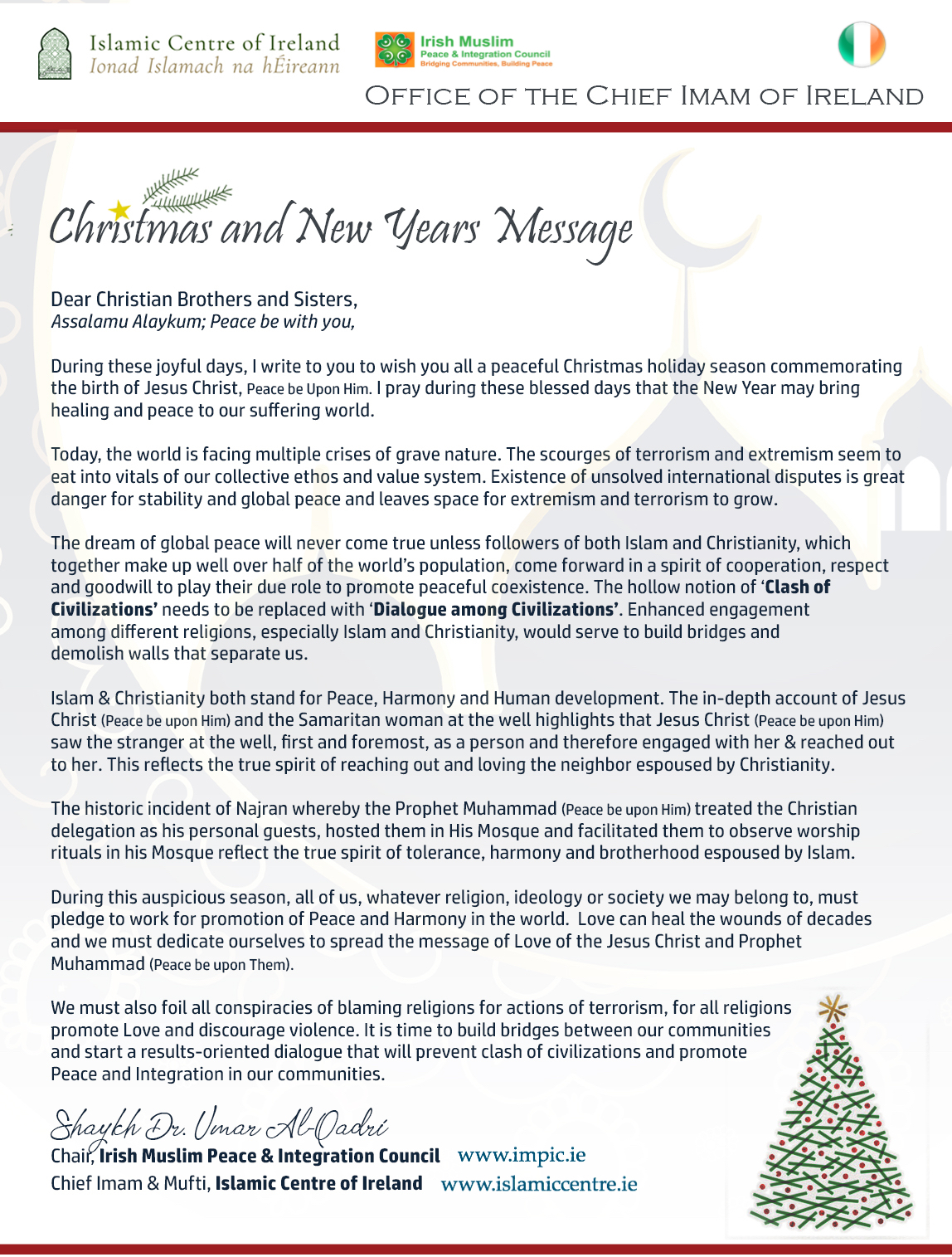 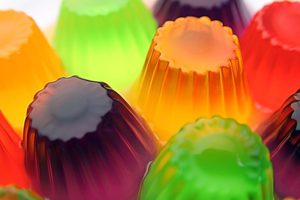 What is animal gelatin ?

On an industrial scale, gelatin is made from by-products of the leather and meat industry, mainly bones and remains of pigs and cattle.
The seals and the sharks are also excellent sources of collagen.
The use of skins and bones of pigs presents a problem for law-abiding Muslims in the rules imposed by Islamic law. It is also important to note that even when the raw materials come from permitted animals (notably cattle), Muslims must ensure that these animals have been slaughtered according to Islamic rules, otherwise many Muslims do not consider Halal products (for example gelatin) originating from these animals.

END_OF_DOCUMENT_TOKEN_TO_BE_REPLACED

Many people would assume that since butter is produced from milk, it can only be Halal.

Now, in the olden age, this was indeed the only way how butter could be made – just pure cow’s milk and a lot of shaking, stirring and agitation – completely halal!

But in this day and age, butter is no longer made of just milk. Commercially-made butter are sometimes packed with something extra for the consumers.